Garganelli resemble penne in that they are short, cylindrical noodles. The differentiating factor between the two pasta shapes is that garganelli are generally homemade and penne are machine-produced. Since penne are extruded from a pasta machine, they are seamless tubes; because garganelli are generally made by hand, they have a signature folded flap showing where the noodles have been sealed into shape.

This pasta is of Northern Italian origin. Because of its birthplace, the Emilia-Romagna region of Italy, garganelli are usually made from the signature rich, egg-based pasta dough of the North. Two additional ingredients are traditionally added to garganelli pasta dough: nutmeg + parmesan cheese. Come back tomorrow for the recipe!

Much like other pasta shapes, you can make 2 types of garganelli -- lisci (smooth) or rigati (with ridges). I made the smooth version today. The prototype used to make the first garganelli rigati dates back to the 1700s. Squares of dough were wrapped around a wooden stick called a bastoncino and then pressed against a comb-like tool called a pettine. Here's the legend behind this ancient pasta...

"The story goes that in 1725 the cook of Cardinal Cornelio Bentivoglio D'Aragona ran out of filling for her stuffed pasta... Resourceful and clever, she made the best of the situation and worked with what she had. The cook borrowed a weaver's tool, gathered some twigs, picked up her squares of dough and went to work. She wrapped the dough around the twigs, rolled it over the weaving implement, and garganelli entered the Pantheon of Pasta. Necessity is the Mother of Invention." {excerpt taken from Adri Barr Crocetti's blog about Italian food, family, and culture}

Take me back to the blog

Under the Tuscan Sun 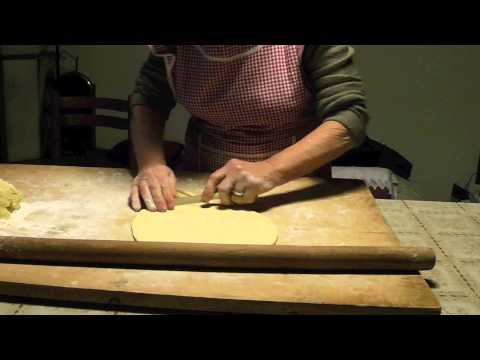 Trofie for the birthday girl 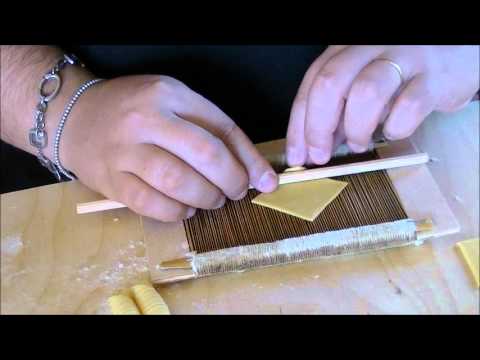 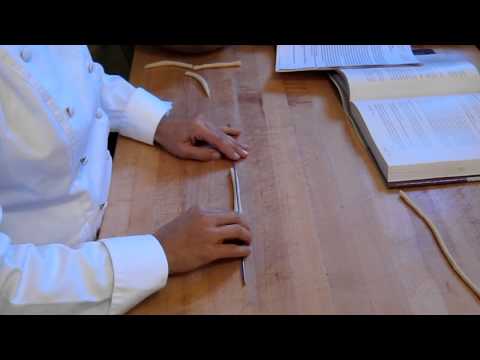 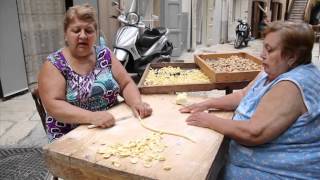